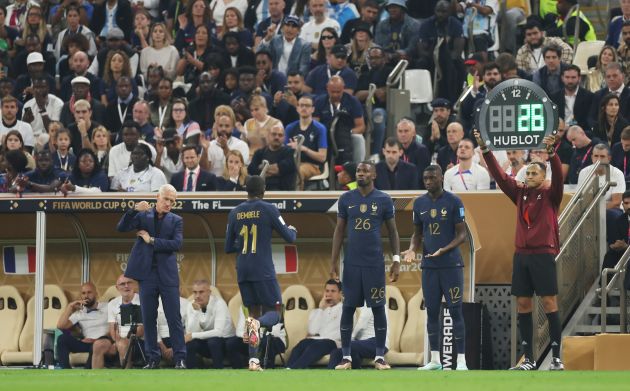 Barcelona had two players starting the World Cup final on Sunday and while neither covered themselves in glory, Ousmane Dembele was heavily criticised for his contribution short as it was.

The French winger began the game up on the right ahead of Jules Kounde and struggled throughout, failing to cause much threat, but crucially handing Argentina a golden chance for the lead by bringing down Angel di Maria for a penalty.

Things did not improve from there on and after 40 minutes, Didier Deschamps had seen enough, substituting him for Randall Kolo Muani. Notorious for their harsh player ratings, leading French paper L’Equipe did not give him a rating on Monday morning.

“He played forty minutes unworthy of a World Cup final. Defensively, he was always late to help. He was passed by [Angel] Di María before committing a debatable penalty. In addition, all his first touches ended up at the feet of the opposition.”

Olivier Giroud was given the same treatment, as per Diario AS. At the very least, Giroud can look back on a successful tournament, but Dembele struggled to impact games thereafter.

During the final itself, Dembele lost the ball 7 times of the 17 times he touched it, lost all five of his duels and obviously, his biggest contribution was the penalty he gave away.

Once he returns to Barcelona, Xavi Hernandez will have a hard time recuperating Dembele’s morale after such a damaging World Cup final.

READ ALSO:  Barcelona defender not tempted by chance to work with Diego Simeone