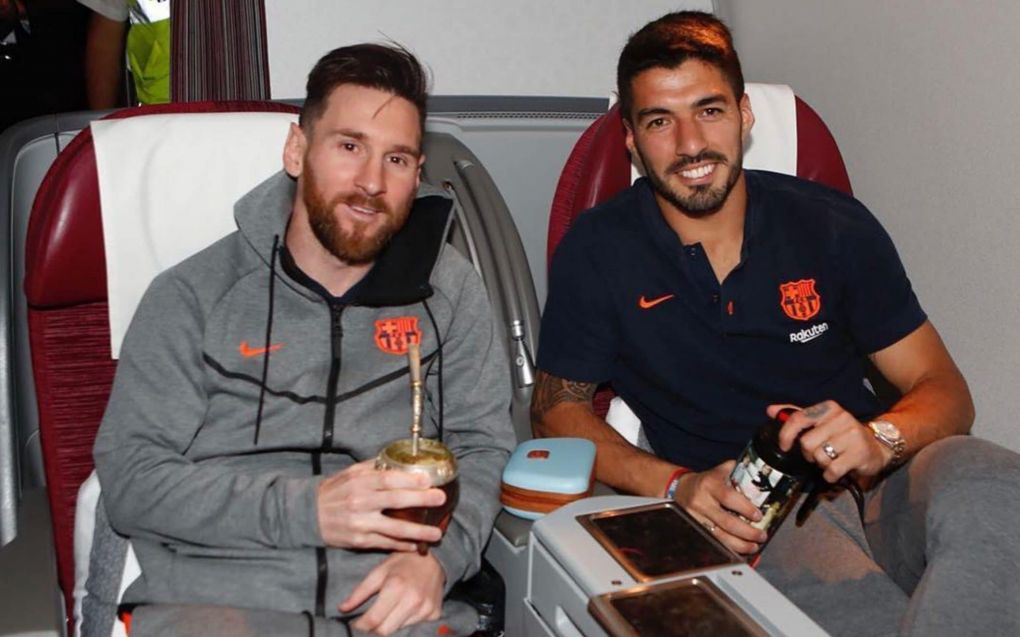 Argentina were luxuriating in their celebrations in the dressing room following their third World Cup victory. Everyone wanted their photo with Lionel Messi of course, but he still found the time to speak to one of his closest friends.

After the match, Messi called Luis Suarez on FaceTime, the latter putting a screenshot on his Instagram, with the caption ‘congratulations fatty’.

The two share a strong bond after living close to each other in Barcelona for six years. Their families are close and they regularly spend time together during their holidays, as was the case last summer.

Suarez also put up a post about Messi with the following caption:

‘Congratulations my friend. YOU ARE CHAMPION OF THE WORLD.

Let them say what they want, you are and will be the best.’ 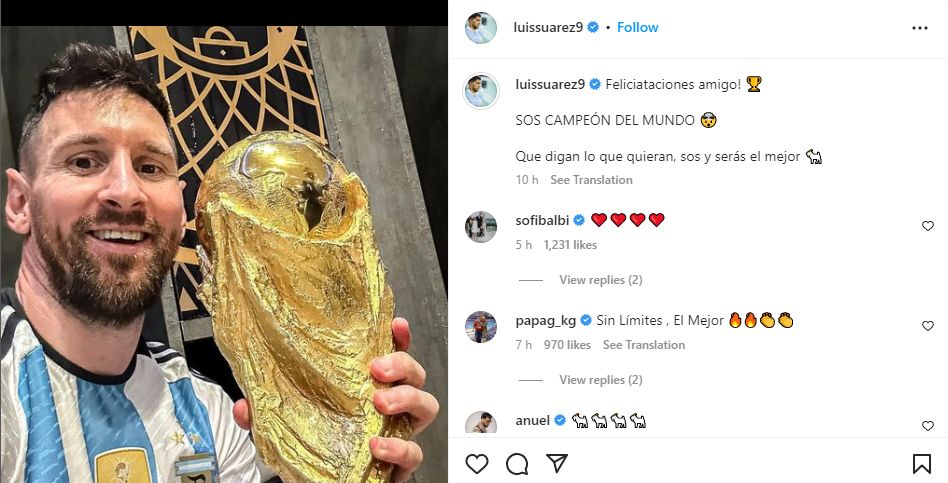 Messi is rumoured to want to finish his career in Major League Soccer and some believe that Suarez may pre-emptively move to Inter Miami ahead of Messi, so they can play together again. Suarez is currently a free agent after his contract with Nacional expired.