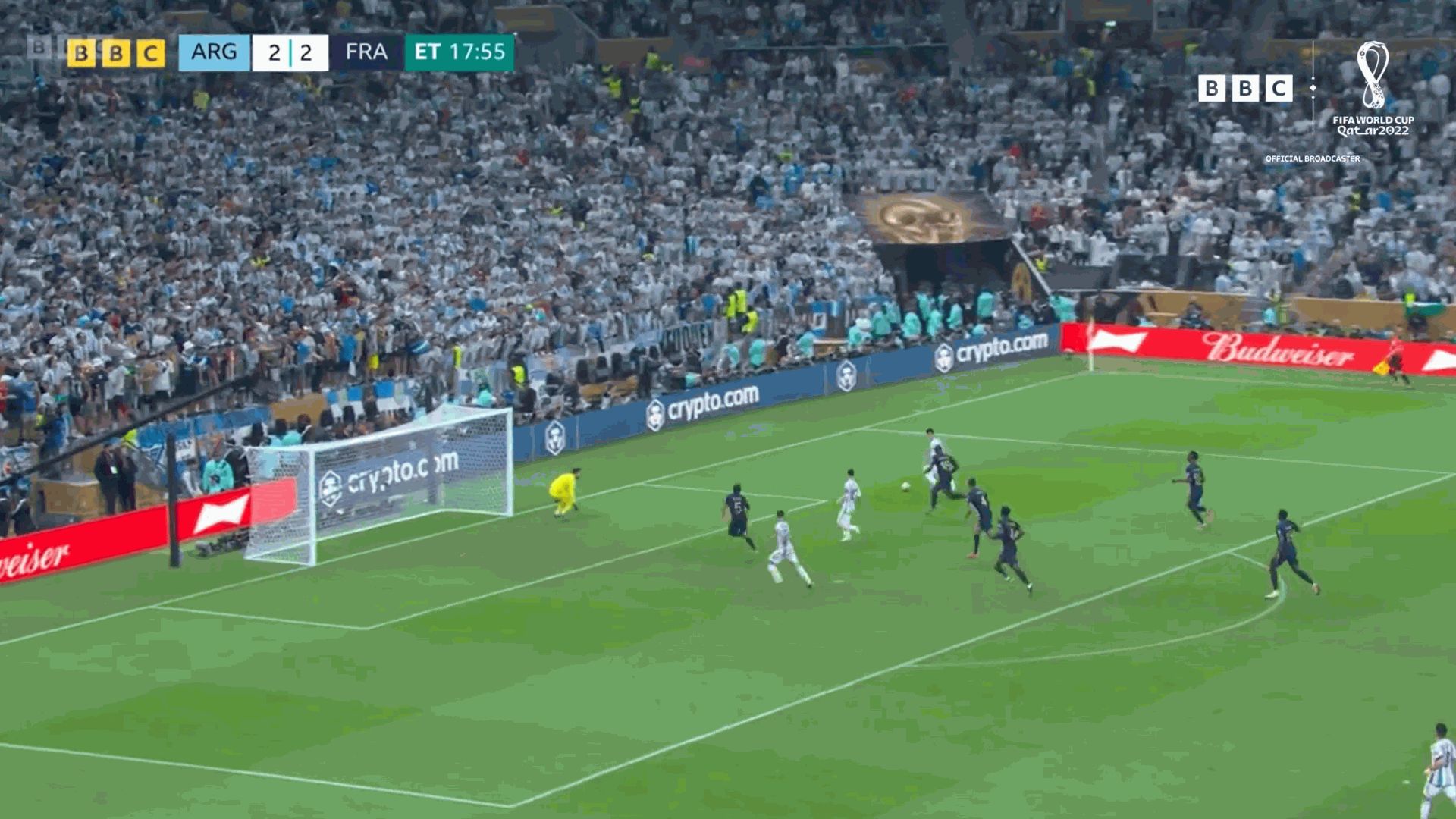 Argentina are ten minutes away from lifting their third World Cup.

Kylian Mbappe’s late double meant that France the game was forced into extra time, after Lionel Messi and Angel Di Maria had given La Albiceleste a 2-0 lead in the first half.

Now there has been a fifth in extra time, and it is number two for Messi. Lautaro Martinez was played in on the right, his ferocious shot was saved by Hugo Lloris. The ball fell to Messi six yards out, and he fired home despite Dayot Upamecano’s attempts to block it on the line.

ARGENTINA TAKES THE LEAD IN THE 108TH MINUTE 😱 pic.twitter.com/vqqjaCizBP

The linesman had initially flagged for offside against Martinez, but VAR confirmed that the Inter Milan forward was onside.

Argentina now have a matter of minutes to hold the French off as they aim for their first world crown since 1986. Messi’s goal is his seventh of the tournament, and takes him back level with clubmate Kylian Mbappe in the race for the golden boot.

READ ALSO:  Juventus give up on Morata as Atletico assess options