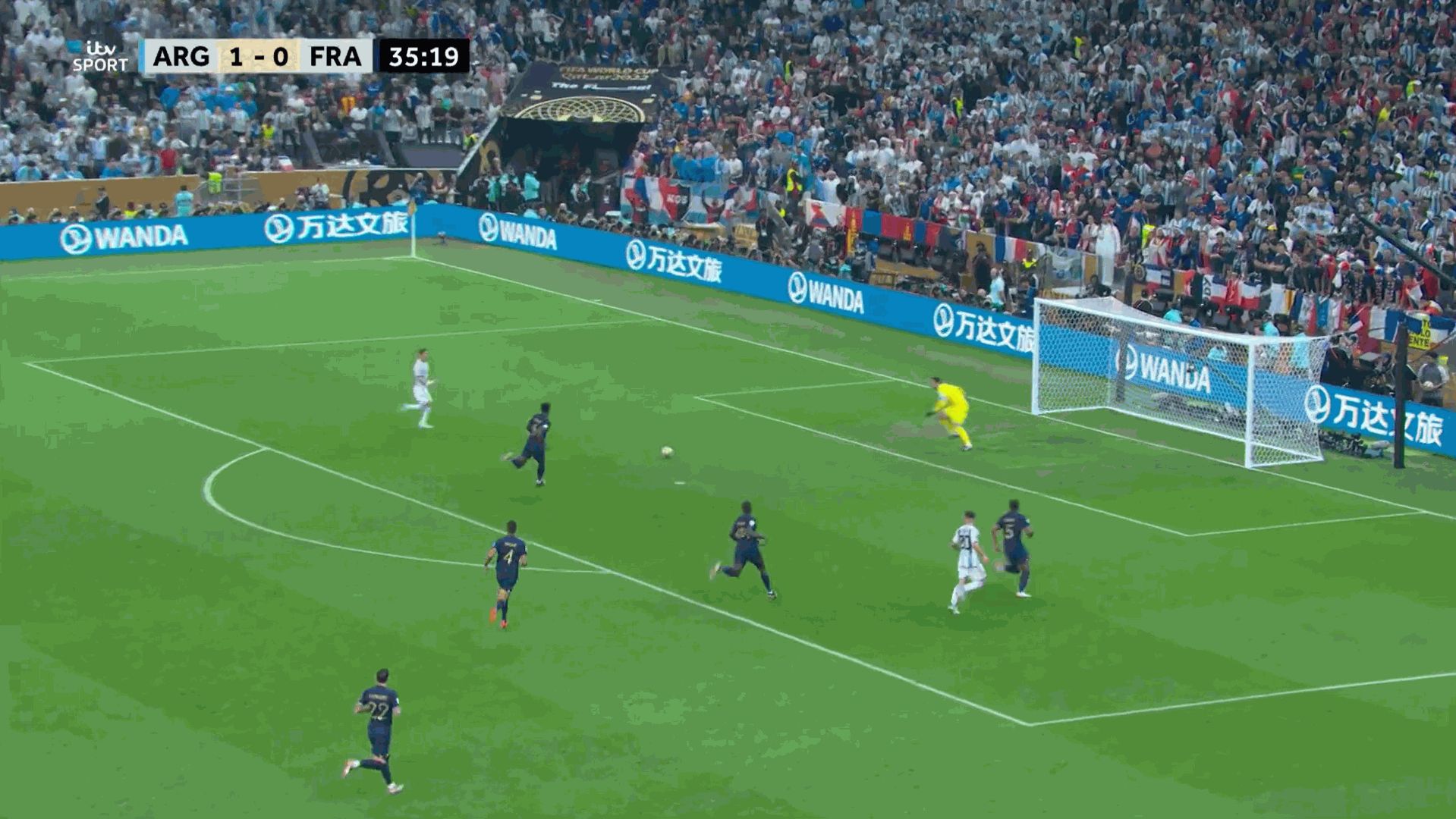 Argentina are in dreamland in the World Cup final.

They dominated the opening stages of the match, just waiting for an opening in the French defence. They got their due rewards, taking the lead after 23 minutes courtesy of Lionel Messi’s penalty.

Now it is the man who won that penalty, Angel Di Maria, who has doubled the lead for La Albiceleste. Brighton midfielder Alexis Mac Allister broke from midfield and was played through by Julian Alvarez, he slipped in the unmarked Di Maria and the former Real Madrid man fired beyond Hugo Lloris.

France are caught out on a swift counter attack as Argentina take control of the game with their second goal… 🙌#ITVFootball | #FIFAWorldCup pic.twitter.com/QCsZSYCuPL