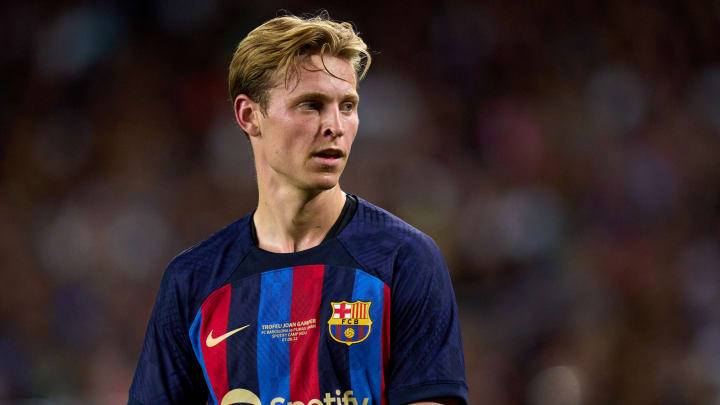 Frenkie De Jong was close to leaving Barcelona for Manchester United during last summer’s transfer window, before he decided to stay at the Camp Nou.

That was a saga that rumbled on throughout most of the summer. Now, there could be round two, as The Daily Mail claim that the Red Devils will return with another bid for the Dutchman next summer.

Erik Ten Haag is keen to be reunited with De Jong, who he managed whilst at Ajax before the 25-year-old left to join the Blaugrana. Having failed in his attempts last summer, he wants to make sure that he gets his man at the second time of asking.

Barcelona want to keep De Jong at the club, but they want the Dutchman to sign a new contract on reduced terms. Should both parties fail to agree terms, the door could be left open for a move to Old Trafford.