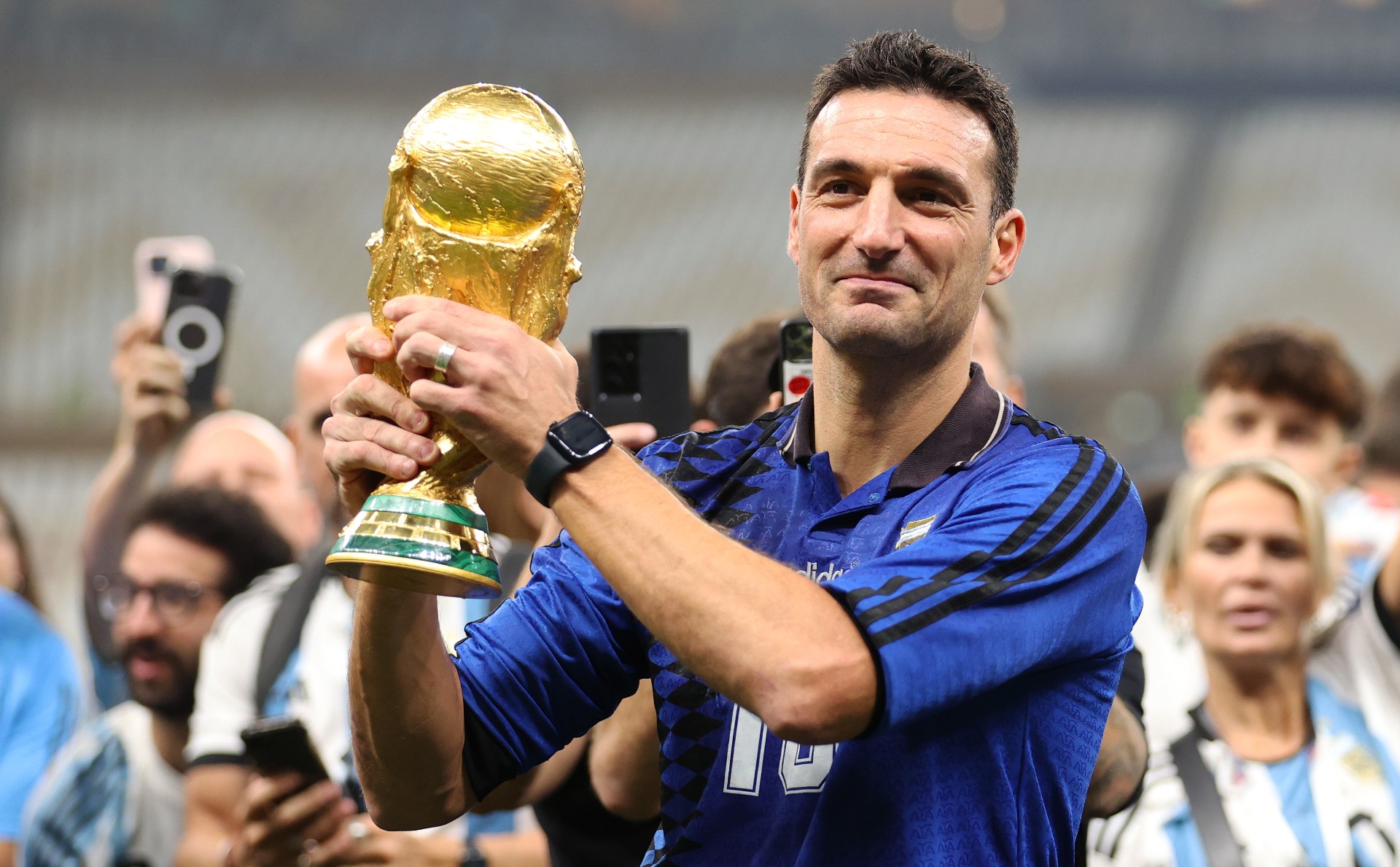 Argentina head coach Lionel Scaloni will be saving a place for captain Lionel Messi at the 2026 World Cup.

Messi inspired Scaloni’s Argentina side to glory at the 2022 World Cup, as they squeezed out a penalty shootout win over France in the final, to claim a first world title since 1986.

The 35-year-old sealed the Golden Ball award in Qatar, after an incredible role in Argentina’s success, as Scaloni’s own profile continues to grow.

Glory in Qatar makes him the first Argentina manager to win a Copa America and a World Cup title, and he is confident for a bright future with La Albicleste.

Lionel Scaloni is first-ever Argentina manager to win the Copa América and the World Cup.

Messi confirmed he will bow out from the World Cup stage, ahead of the final, but insisted he is open to playing on in 2023, and Scaloni is hoping for a change of heart.

“It is necessary to save a place for him at the next World Cup”, as per reports from Mundo Deportivo.

“There are 26 place available.

“He’s earnt the right to be able to decide what to do with his football career and in this Argentina team.

“It’s a pleasure to train him and his teammates. What he transmits to his teammates is something I’ve never seen before.”

Argentina will not play any competitive games at the start of 2023, with Messi set to focus on PSG in the second half of 2022/23, with an eye on the 2024 Copa America.

READ ALSO:  PSG President seeks out referee after French side are eliminated