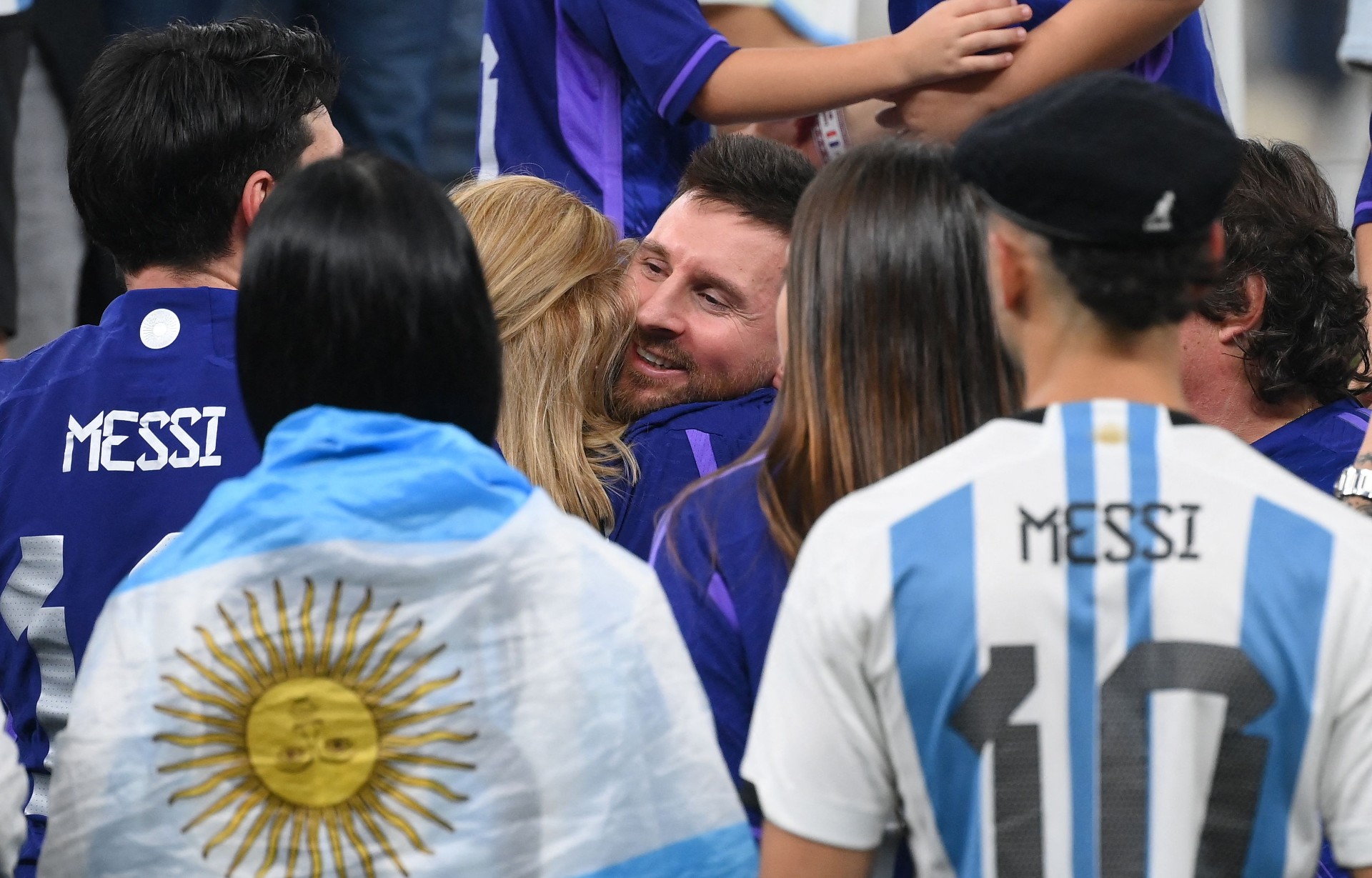 La Albiceleste battled through an incredible final showdown with France in Lusail as Messi secured his first ever World Cup title in Qatar.

Messi’s two goals had twice looked to be enough for Lionel Scaloni’s side to win in the Middle East, but Kylian Mbappe’s hat trick kept the tie alive, and forced penalties.

Emiliano Martinez was the hero in the shootout as Messi finally got his hands on the World Cup trophy after four tournament exits in his career.

Messi was mobbed by his teammates after the game, before the trophy presentation from FIFA president Gianni Infantino, with his mother Celia running down from the stands to embrace her son.

This is what it’s all about ❤️️

The 35-year-old confirmed the squad, and their families, will fly to Argentina in the next 24 hours, with nationwide celebrations expected in the coming days, asArgentina clinched a first World Cup since 1986.