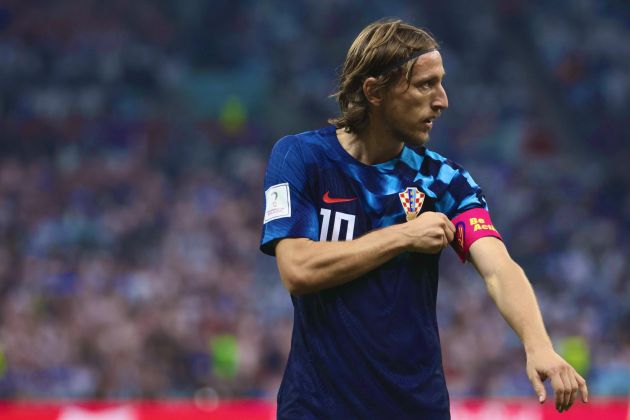 Real Madrid star Luka Modric has dropped a major hint over his plans to continue as Croatia captain after the 2022 World Cup.

Modric led Croatia to a second successive World Cup semi final, after they secured a dramatic penalty shootout win over Brazil in the last eight, before clinching a bronze medal against Morocco.

Following the end of Croatia’s time in Qatar, Modric was again about his plans for remaining with the national team, despite turning 38 in 2023.

However, he admitted he will continue to monitor his options in the coming months, but he is committed to playing in the first set of UEFA Euro 2024 qualifiers, and the UEFA Nations League semi finals next summer.

“Yes, this is my last game in a World Cup, but I can’t say anything else”, as per reports from Marca.

“I’m very happy with my career for Croatia. Winning two medals is very important, my dream was to win a World Cup, but that hasn’t happened.

“Croatia has a great team, with a very good future, and we have to continue.

Zlatko Dalic’s side take on Turkey and Wales at the start of 2023 with a UEFA Nations League semi final, against either the Netherlands, Italy or Spain in June.