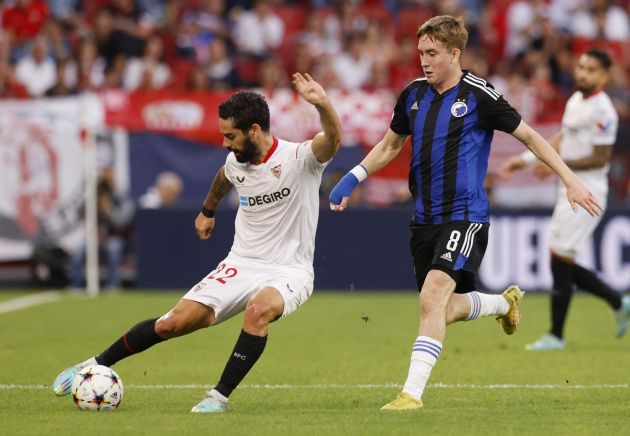 Isco Alarcon’s days at Sevilla appear to be numbered after a frustrating four months at Los Nervionenses.

The talented former Real Madrid midfielder arrived after a long wait for Sevilla to organise their finances in order to bring him in, a month after he was released by Los Blancos.

In no small part was his presence down to Julen Lopetegui, who brought him to the Ramon Sanchez Pizjuan. However it wasn’t long before Lopetegui was dismissed and Isco has found himself on the outside looking in under new coach Jorge Sampaoli.

Matters worsened on his return to the team after their World Cup break. Left out of Sevilla’s two friendlies, Isco had a fiery argument with Sporting Director Monchi, which appears to have sealed his fate.

As per Todofichajes, Lopetegui has convinced his new club Wolves to go after Isco in January. The two share a strong connection and Isco feels that Lopetegui can get the best out of him.

Wolves will not be without competition though. Unlikely to cost much, Napoli, Juventus and Aston Villa have all enquired about Isco too.

Having been starved of regular football for several seasons at Real Madrid, there may be doubts about how Isco would hold up in fast, stretched matches in the Premier League. If any side can extract the best out of Isco, they will have a world-class player on their hands. It has now been four years since that player has been seen though.

READ ALSO:  Benzema to undergo fitness test in Paris ahead of PSG clash