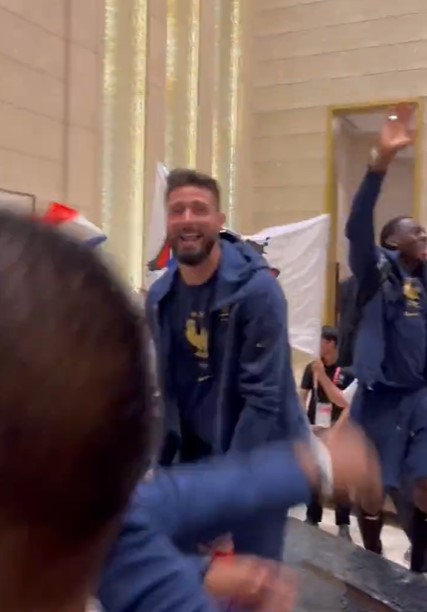 France are looking forward to their second consecutive World Cup final on Sunday, where they will attempt to become just the third side to repeat on the stage and the first since Brazil in 1962.

Their victory over Morocco, like those in previous stages, was far from a vintage performance, yet Les Bleus were comfortable in with their position throughout the match. They will face Argentina on Sunday, but before that, Didier Deschamps allowed them some celebration for their achievement.

As they arrived back in their hotel lobby, the music was raised and the celebrations in full force, taking place in the fountain too. Their song of choice was 1990s hit Freed from desire by Gala Rizzatto.

Several of La Liga’s top players will be involved, with Antoine Griezmann going for a Golden Ball award too, following a series of impressive performances.

He is one of 15 La Liga players involved between the two teams on Sunday. Standing in Griezmann’s way will be former Barcelona teammate Lionel Messi.

READ ALSO:  Barcelona loanee Luuk de Jong to return to Sevilla this summer ahead of sale