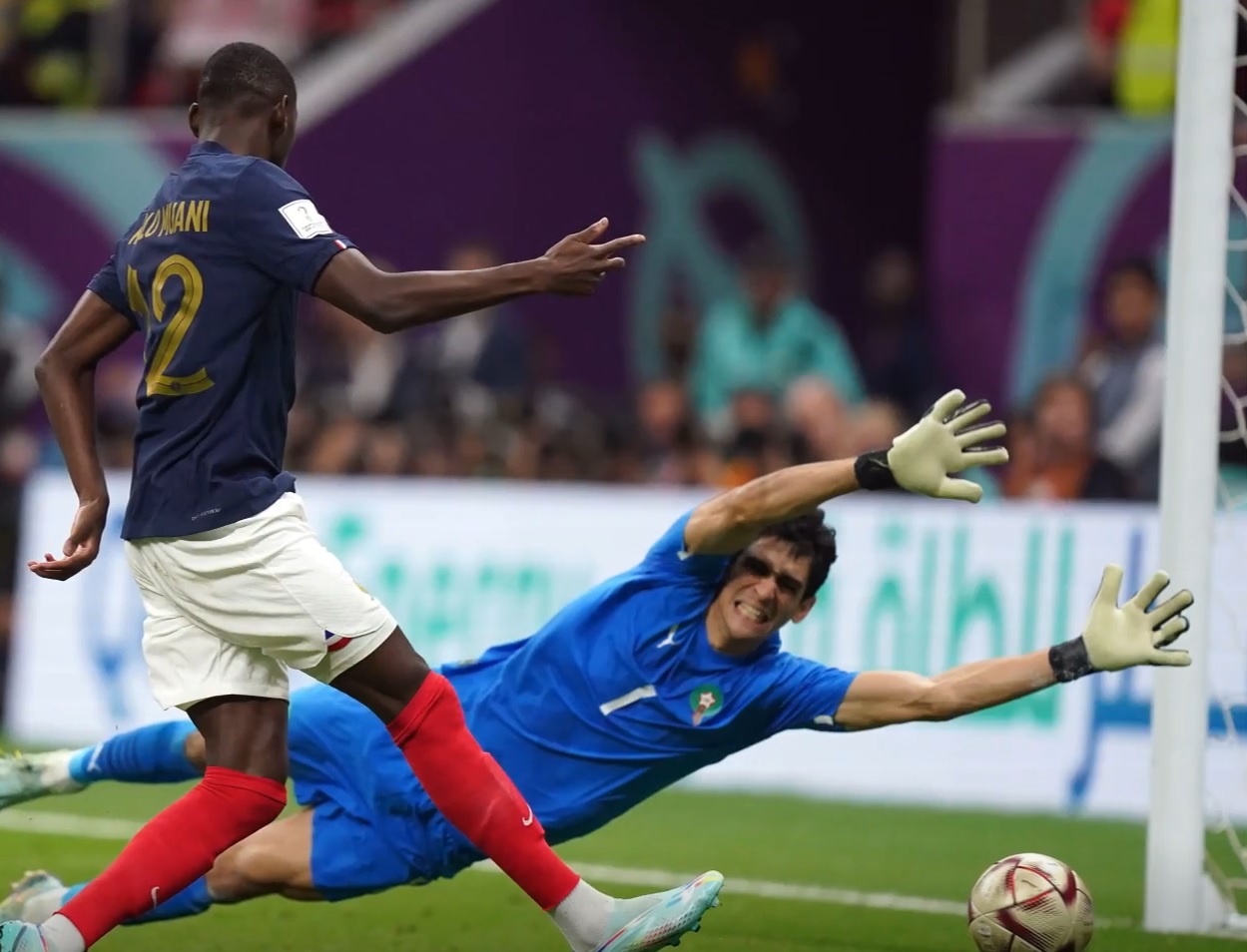 Randal Kolo Muani said he was “still in a dream” after he scored in France’s World Cup semi-final win over Morocco.


Eintracht Frankfurt forward Randal Kolo Muani scored his first goal for France in last night’s 2-0 World Cup semi-final victory over Morocco, slotting in at the back post after some great work from Kylian Mbappé.
Speaking in a post-match interview, Kolo Muani couldn’t fully comprehend what had just happened.

“It’s magical, I don’t have the words to describe it,” Muani told TF1 after the game (via getfootballnewsfrance.com).

“We have to give ourselves the means to go all the way. I’m still in a dream, I’m finding it hard to wake up.

“It’s a good thing I followed Kylian [Mbappé], he’s the one who did all the work. I can be proud of my positioning. Right now it still hasn’t sunk in. We’ll realise it tomorrow morning.”

Kolo Muani and France are now set to lock horns with Argentina in the final on Sunday.

READ ALSO:  "No place in this world."