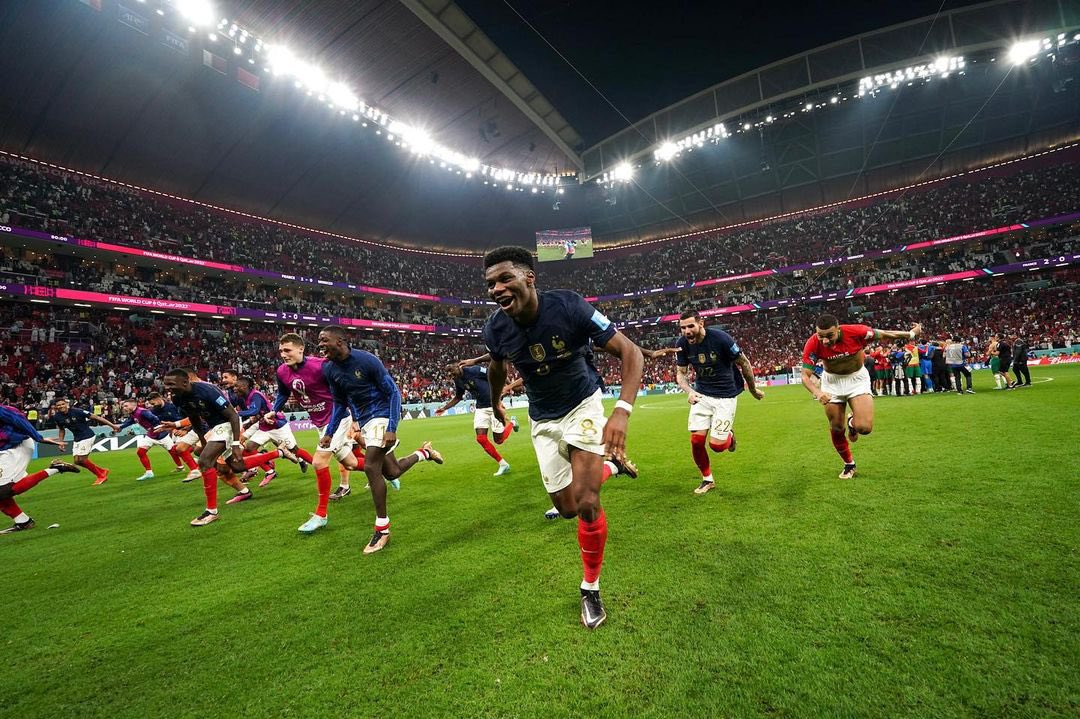 France are into a second consecutive World Cup final after their victory over Morocco. An achievement managed in spite of a number of injuries in the French squad. Didier Deschamps has been without his entire midfield from the 2018 final, through choice and injury, but a large part of the reason they have still made it this far is the impressive form of Aurelien Tchouameni.

The 22-year-old only arrived at Real Madrid in the summer from AS Monaco, but has looked at home in their midfield. He has taken that form into the World Cup, scoring a stunning long-range effort in the quarter-finals against England.

Speaking to Marca after the Morocco game, Deschamps explained that Tchouameni was mature despite his age.

“Youth doesn’t have to be synonymous with a lack of experience. They play in great teams and that gives them lots of important games. Aurelien plays for Real Madrid, he has little things to adjust but I’m very relaxed with him.”

France showed their graft and power without the ball for most of the match against Morocco, and Tchouameni’s numbers were evidence of the solid defensive shift he put in.

Stepped up in a big way. 💪#FIFAWorldCup pic.twitter.com/r44X5Ugdet

His ball-winning and then presence of mind to release lightning French attack were on show against Morocco. Holding his position and pouncing at the right moment, Tchouameni exhibited another example of his varied skillset.