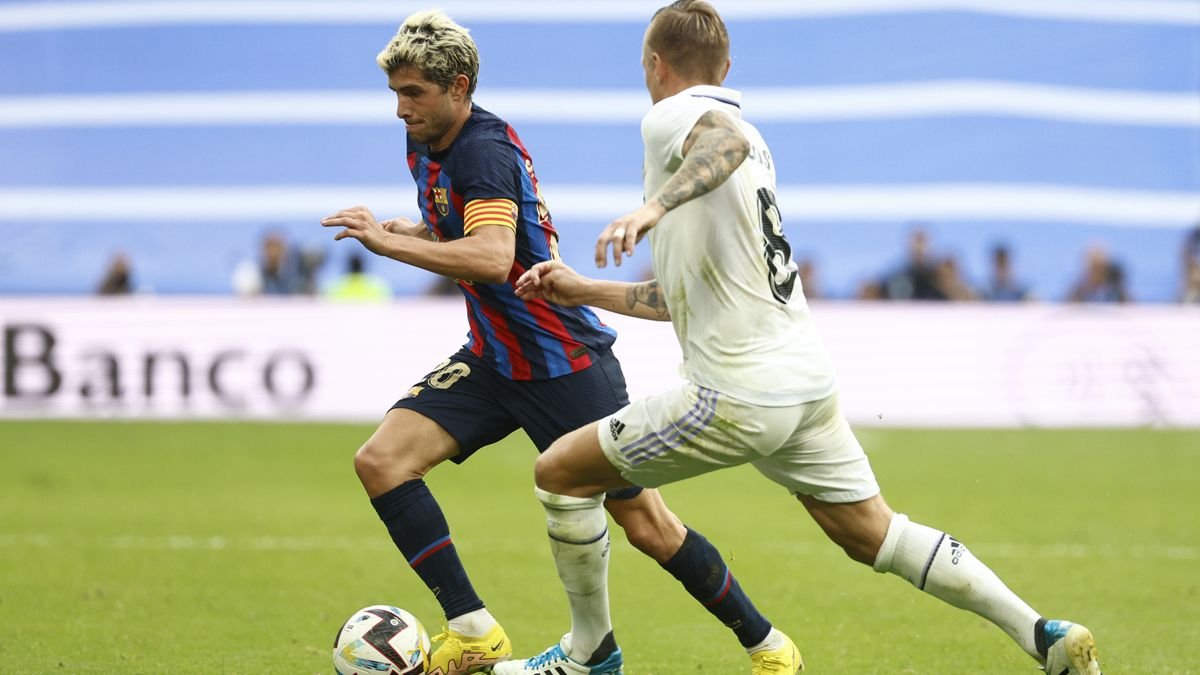 Barcelona’s limited resources mean that every decision over their squad planning increases in importance, even if the money involved would have seemed reasonable just five years ago. That has become the case for Sergi Roberto.

With his contract expiring last summer, Roberto accepted a contract at significantly reduced terms in order to remain at the club, following a season cut short in November by injury.

This year he looked as if he would have a more important role. Despite looking good in brief stints, El Clasico aside, Roberto has been hampered by injury again.

According to Marca, his contract talks are hotly debated even within the bowels of Camp Nou itself. Roberto is a player that divides opinion online, but seemingly even in the boardroom too.

Manager Xavi Hernandez is keen to retain Roberto, who he feels understands his ideas and is a valuable member of the squad. With only Hector Bellerin as a natural right-back, should he remain fit, he will likely have a role to play for Barcelona at least this season. It has also been noted that his behaviour is almost impeccable as a professional – should Sergio Busquets leave next summer, he will become captain of the club by seniority.

However there are arguments against renewing his deal as well. Roberto is unlikely to win a starting spot and as the club look to cut costs where they can, he is seen as an affordable loss. Doubts about his fitness continue as well, having not been fit for a sustained period for 18 months.

Overall, Roberto probably makes sense as a rotational option. Barcelona have a young squad and he adds valuable experience at a wage probably below his earning potential on the market. Little is certain though.