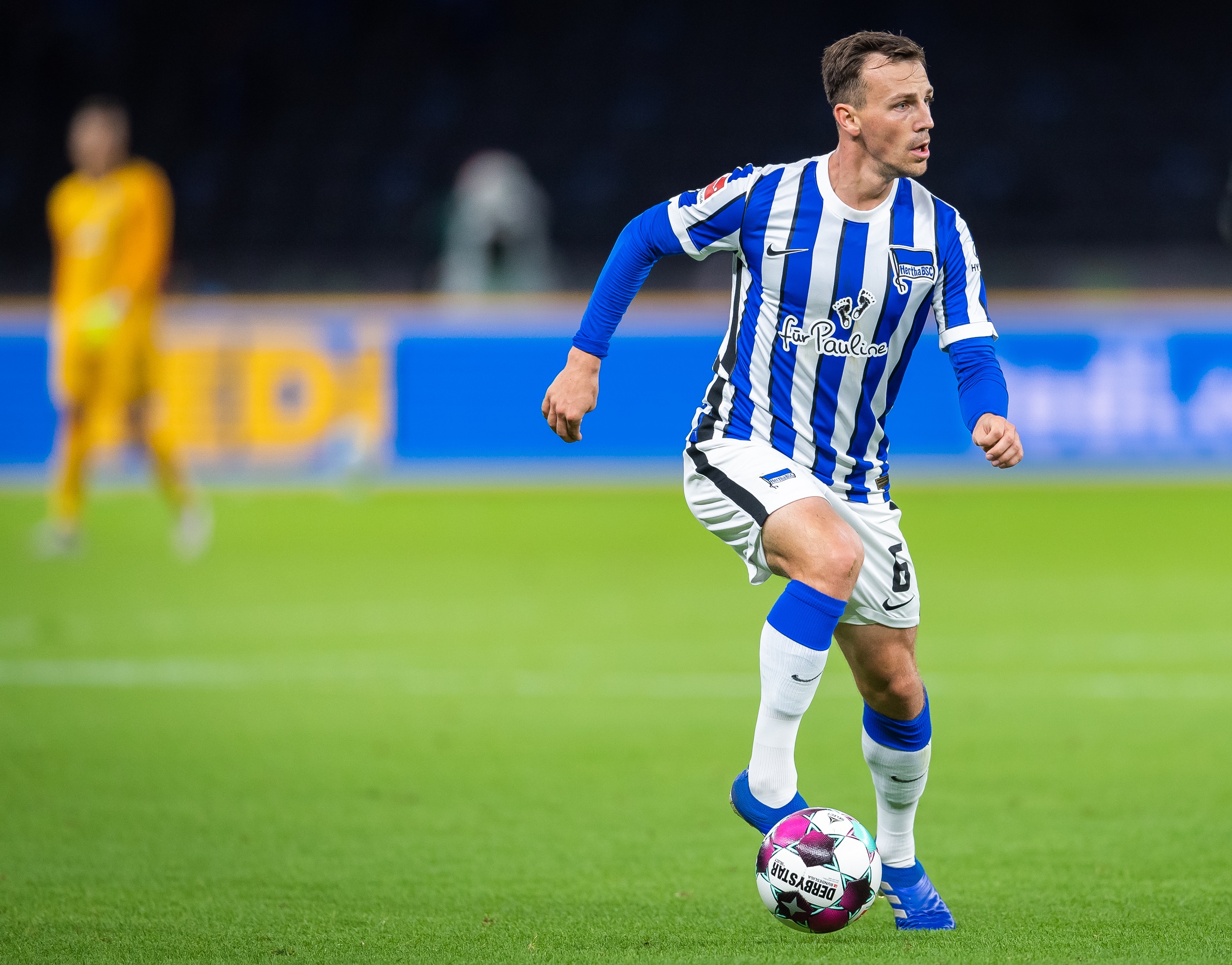 A long rumored January transfer is finally through. After seen-and-a-half years in the service of Hertha BSC, 32-year-old Czech international Vladimir Darida is off to Aris Thessaloniki FC in Greece’s Super League. It could not immediately be confirmed how much the German capital city side pocketed in terms of a transfer fee.
Hertha sporting CEO Fredi Bobic offered warm words for the player who made 190 professional appearances for “die alte Dame”. Bobic also promised that, despite the fact that Darida would be moving immediately to his new club, the long-time professional would be welcomed back for a formal farewell in front of Hertha’s fans during the final home fixture of the season.

“He has proven that he is a full-blooded Hertha player,” Bobic noted in a statement released by the club, “Vladi is a quintessential professional. He has always given everything for the club at all times and has brought us a lot of joy during his years with us. On top of that, he’s a great person.”

“I have always felt very comfortable in Berlin with my family,” the midfielder noted in his own statement, “We shall keep Hertha BSC in our hearts. For me, it was now time to change again and gain new experience in another country. I would like to thank all Herthaners for their support over the past years. It has been a pleasure for me.”

Darida departs German football having amassed a total of 224 total Bundesliga appearances for Hertha and SC Freiburg, at which he began his Bundesliga career in 2013. He scored a total of 26 goals for his German clubs in league and cup play and still holds the current league record for distance covered in a single match.