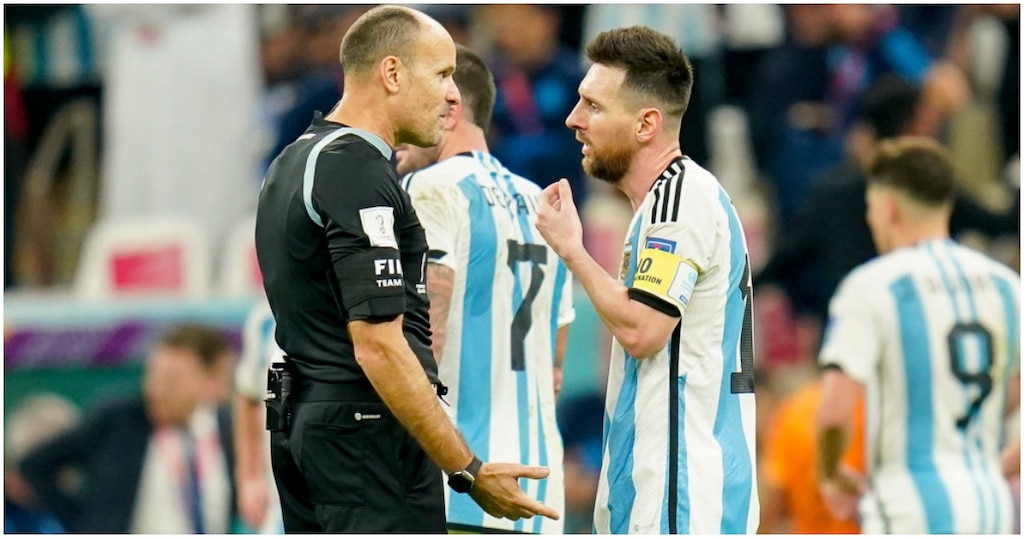 Spain’s last remaining representative at the World Cup has been sent home at the quarter-final stage, after Antonio Mateu Lahoz was told he would not be taking charge of any further games.

The iconic referee has something of a reputation for bringing plenty of personality to matches and did so again during the fiery Argentina-Netherlands quarter-final. In total, he would hand out 17 bookings, two of which went to the Argentine coaching team. He did however avoid any sending offs, which would have meant a suspension for the semi-finals.

Following the match, a cavalcade of criticism came his way. Argentina captain Lionel Messi claimed Mateu Lahoz was not fit for purpose, while Frenkie de Jong and Sergio Aguero also had their say on him.

As per Marca, FIFA marked his performance favourably in the match, even if he perhaps could have shown another yellow card or a red card. In fact he would have had a good chance at refereeing the final, but due to the media storm, they have decided he will not referee any more matches.

It sets a dangerous precedent. If players and teams can essentially veto a referee by harsh criticism in the press, then teams will no doubt use that power to their advantage. Logically, the only factor that should come into it is their assessment.