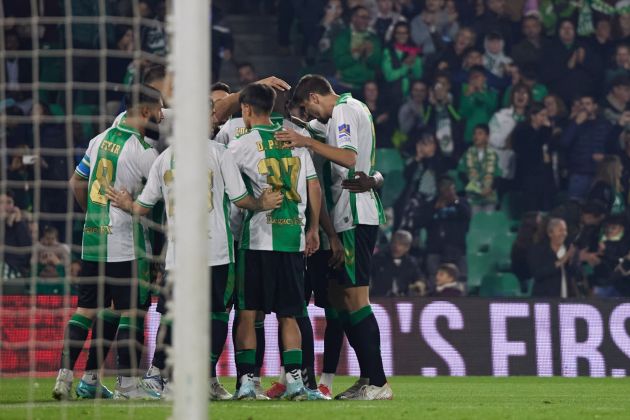 Real Betis are on their way back to full fitness ahead of the season restart and received a major boost on Saturday during their friendly against Manchester United.

Los Verdiblancos were in action in a warm-up match against United, condemning them to a 1-0 defeat via a Nabil Fekir goal. It made it two defeats in a matter of days after Cadiz put United to the sword with a 4-2 win last week.

However the biggest news for Betis was the return of Juanmi. The 29-year-old was injured in September, tearing an ankle ligament against HJK Helsinki, which ruled him out for the last three months. Against United, he came on for the final 30 minutes at the Benito Villamarin, a sign he is on his way back to full health.

Betis have managed to work around a short squad very well for the most part, currently sitting sixth in La Liga but level on points with fourth-placed Athletic Club. In the Europa League, they topped their group ahead of Jose Mourinho’s Roma.

Juanmi’s return will strengthen them significantly though. His movement from deep into the box has been one of Betis’ key goal threats over the last 18 months. He also allows Alex Moreno to attack freely down the left. Manuel Pellegrini has barely been able to count on Juanmi, Borja Iglesias, Sergio Canales and Nabil Fekir at the same time this season, and the fitness of all four may be definitive for their campaign.