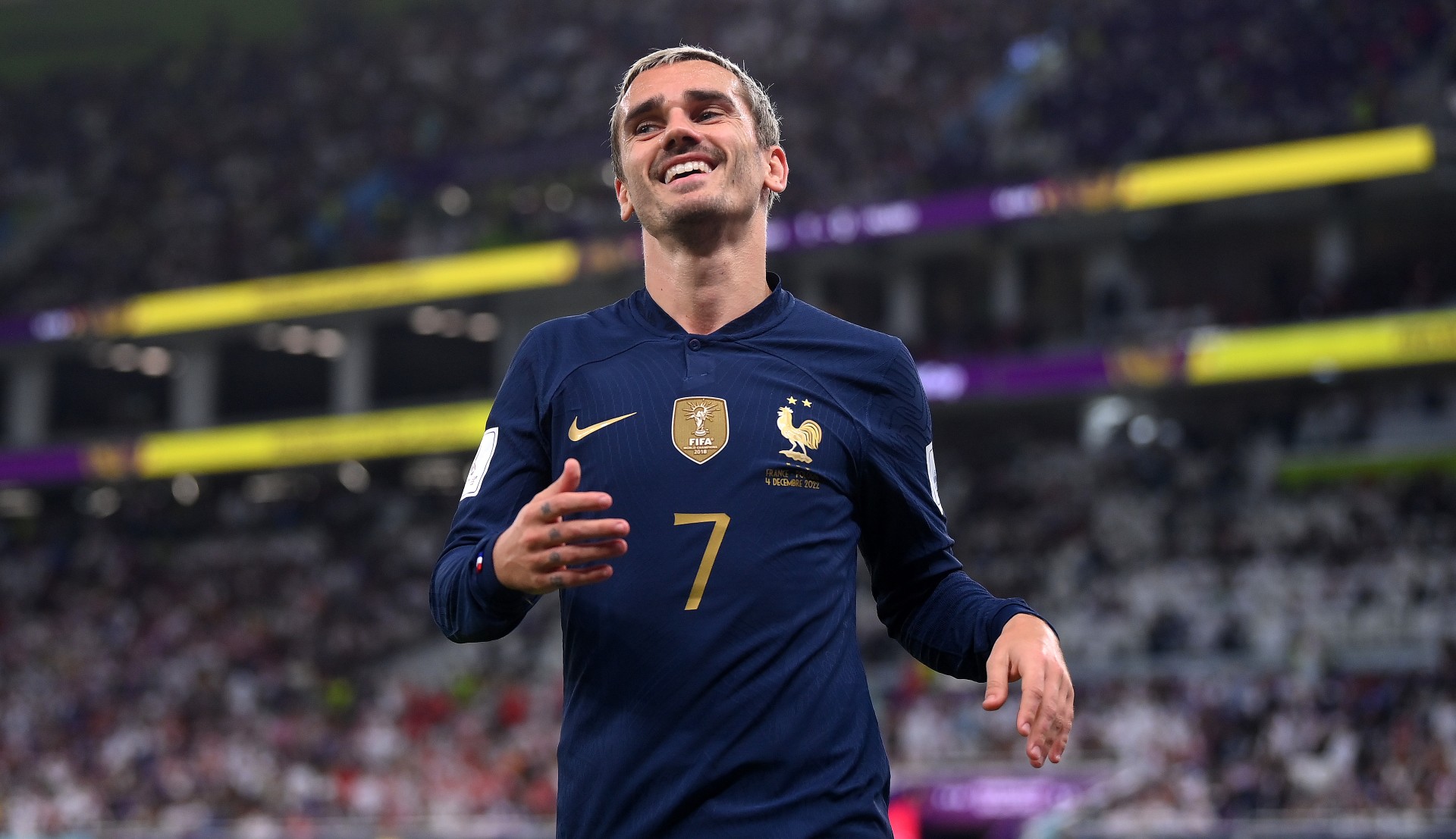 Raphael Varane has singled out Antoine Griezmann for praise ahead of France’s 2022 World Cup semi final with Morocco.

Les Bleus edged out a 2-1 win over England in the last eight, to set up a date with the Atlas Lions in Al Khor, as Walid Regragui’s side knocked out Portugal.

France remain on course for a potential World Cup title defence in Qatar, with former Real Madrid star Varane as important as ever in defence.

However, despite the major focus placed on Kylian Mbappe’s Golden Boot race in the Middle East, Varane was keen to acknowledge Atletico Madrid forward Griezmann, after two assists against England.

No player has provided more assists at the 2022 World Cup than Antoine Griezmann:

Zinedine Zidane is the only man to be named Player of the Tournament at the Euros and the World Cup. pic.twitter.com/JkFmwZtFwd

“His role has changed in the team. He has the same quality as before, and he covers a lot of ground with his talent”, as per reports from Diario AS.

“He knows how to pick his time in games. Simply by his positioning on the field, he allows us to speed up, or slow down.

“He has experience and is an extremely important player in the team.

“I see him as full of confidence. He talks a lot to his teammates on the field and in the dressing room.”

Injuries within the French squad have forced a rethink from Didier Deschamps during the tournament with Griezmann deployed as roving No.10, in behind Olivier Giroud.

The 31-year-old has provided a vital link between midfield and attack, and his creativity could be crucial, as France attempt to breach the best defence in the tournament.