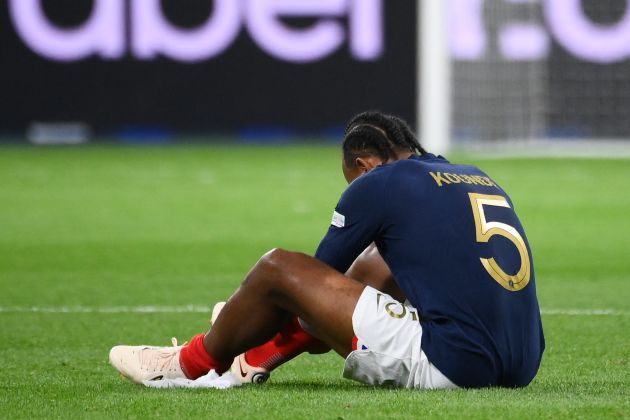 Barcelona star Jules Kounde is confident France are ready for their 2022 World Cup challenge against Morocco.

Les Bleus secured a place in the Qatar 2022 semi finals, with an impressive 2-1 win over England, as they aim to defend their 2018 title.

A spot in the last four pits Didier Deschamps’ side against first time semi finalists Morocco, on December 14, in Al Khor.

Morocco have developed a reputation as the most resilient team in the competition, with the best defensive record so far, after conceding just one goal in five games.

Walid Regragui has already masterminded wins over Spain and Portugal, in the knockout stages, but Kounde insists the North African giants will not just look to defend at the Al Bayt Stadium.

“They’re very compact, close down space well, and leave the player in possession with little time to think”, as per reports from Marca.

“You have to play fast and unbalance them from one side to the other.

“However, they can break dangerously, they defend very well, but they are not just a defensive team.”

Kounde has started three of France’s five games in Qatar, in a redeployed right back role, and he is expected retain his spot against the Atlas Lions.