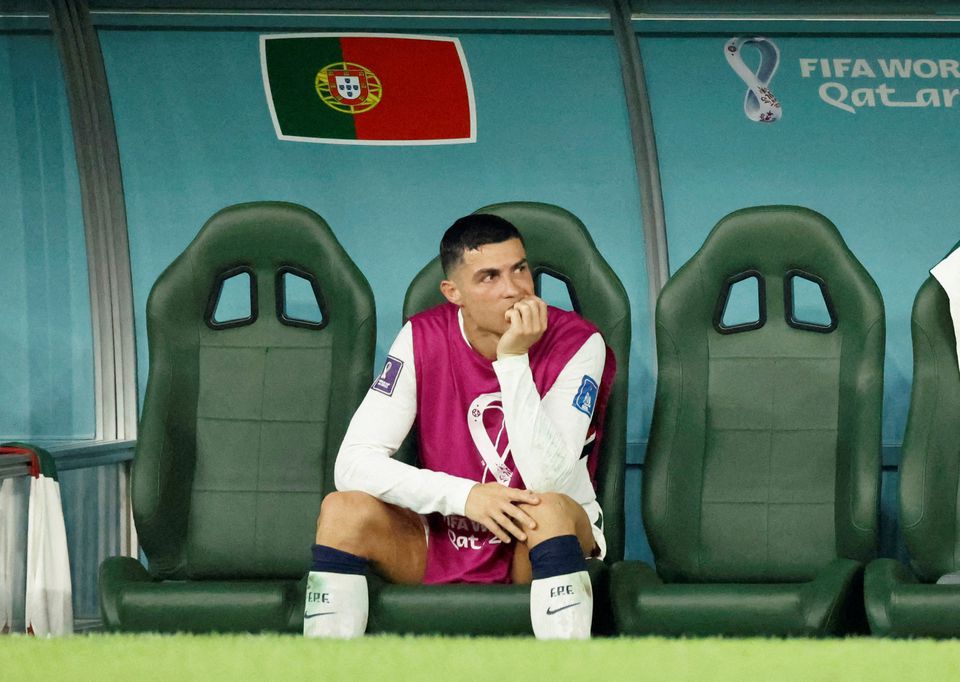 Portugal are launching the same inquest that Spain were forced to last week after they too were dumped out of the World Cup unceremoniously by Morocco.

While for Spain it will likely be the last World Cup for former winner Sergio Busquets, it will be the final tournament for Cristiano Ronaldo. The 37-year-old had a chance towards the end of the match, but could not beat Yassine Bounou. He of course came of the bench, having been dropped by Fernando Santos in the Round of 16, something Luis Figo believes is the reason Portugal went out.

Having had some time to reflect on their exit, Ronaldo posted on Instagram that his ‘dream was over’, after ‘fighting hard and giving it his all.’ Ronaldo also responded to the criticism of both his performances and his behaviour.

“I just want everyone to know that a lot has been said, a lot has been written, a lot has been speculated, but my dedication to Portugal has not changed at any time. I always fought for everyone’s goal and I would never turn my back on my colleagues and my country.”

Ronaldo had various episodes of supposed indiscipline, which led many to feel Portugal were better off with Goncalo Ramos starting, as was the case with Santos.

The Portuguese star is now at something of a crossroads. Without a club, Ronaldo must work out if he will accept an offer from Saudi Arabia or continue pursuing his career in Europe.

Full statement as carried by Sport:

“Winning a World Cup for Portugal was the biggest and most ambitious dream of my career. Fortunately, I won many titles of international dimension, including with Portugal, but putting the name of our country on the highest step in the world was my biggest dream.”

“I fought for it. I fought hard for this dream. In the five appearances I’ve scored in World Cups over the course of 16 years, always alongside great players and supported by millions of Portuguese, I gave it my all. Left everything on the field. I never turned my back on fighting and I never gave up on that dream.”

“Sadly, yesterday the dream ended. It is not worth reacting in the heat of the moment. I just want everyone to know that a lot has been said, a lot has been written, a lot has been speculated, but my dedication to Portugal has not changed at any time. I always fought for everyone’s goal and I would never turn my back on my colleagues and my country.”

“There is not much more to say for now. Thank you Portugal. Thanks Qatar. The dream was nice while it lasted… Now, I hope that time will be good counsel and allow everyone to draw their own conclusions.”