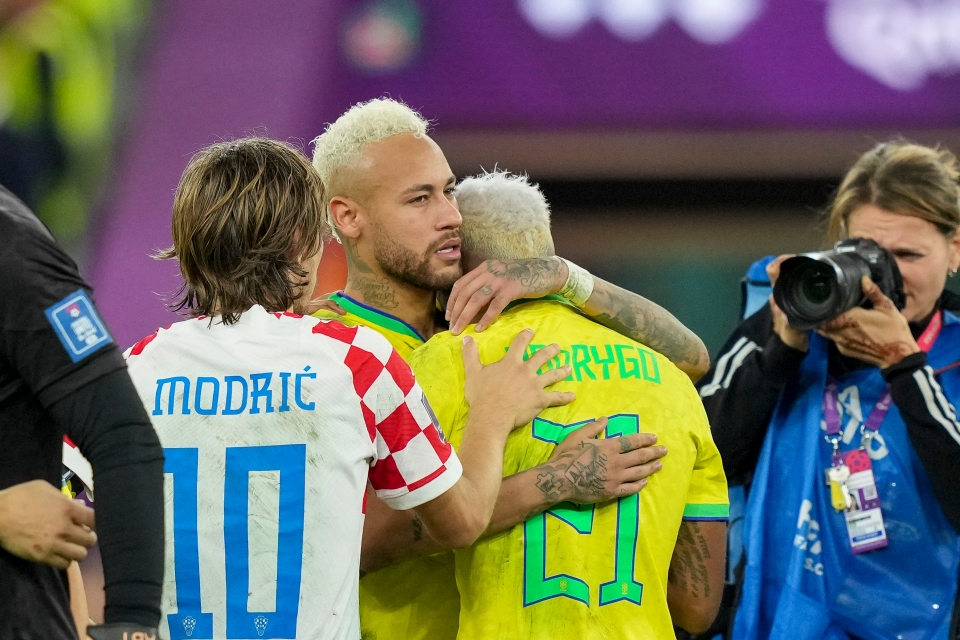 Real Madrid winger Rodrygo Goes has spoken publicly for the first time since missing a penalty in Brazil’s defeat to Croatia at the World Cup.

Rodrygo took Brazil’s first penalty in the shoot-out, which was saved by Dominik Livakovic as the Croatians progressed to the semi-finals with a 4-2 victory. The 21-year-old was visibly distraught in the aftermath of the game, and was consoled by club teammate Luka Modric.

In a message posted on his Twitter account, Rodrygo was apologetic about the miss, which he described as the hardest point of his playing days.

“Sorry. Without a doubt the most painful moment of my career, from heaven to hell in a matter of minutes. It was exactly the way I always asked it not to be.”

Despite his hurt now, Rodrygo is confident that the experience will only make him stronger in the long run.

“‘Only brilliant minds go through certain trials’ it certainly wouldn’t be different with me at 21 years old. Nothing has been easy so far and it won’t be, but it will be worth it!”

Finally, he thanked the Brazilian fans for their support, and was hopeful for the team’s chances at the next World Cup in four years.

“Once again, thank you all and we hope that in 2026 everything will be different. I continue to believe that we will still be very happy! This generation is very good, it deserves and needs to be crowned. Beloved Homeland, Brazil.”