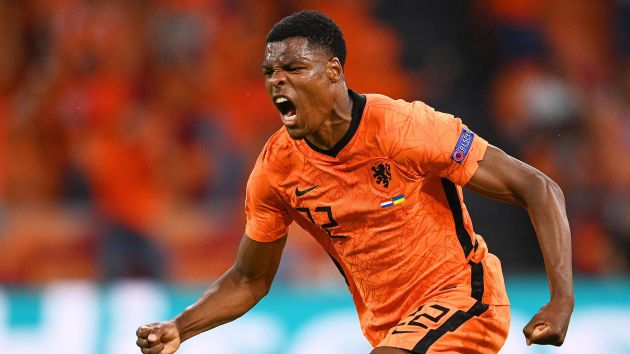 Xavi wants to bring in a new right back to the club, as that is perceived to be his side’s weakest area of the squad. They currently have Sergi Roberto and Hector Bellerin as naturals in the position, while Jules Kounde and Alejandro Balde can also fill in.

However, it is a position where Barcelona want to strengthen. The newest target for the Catalan club is Dumfries, who have been excellent since joining Inter Milan from PSV Eindhoven in the summer of 2021.

The right back also had an excellent World Cup campaign for the Netherlands. He contributed one goal and two assists, all of which came in the Dutch’s 3-1 win against the United States in the last 16.

As much, Barcelona have been very impressed by Dumfries and would be interested in securing his signature next year. However, Inter are keen to hold on to a player that has five goals and seven assists in 45 Serie A matches for the club.

According to Fichajes, Inter have placed a €60m price tag on Dumfries. That fee is vastly more than Barcelona would be willing to pay for the 26-year-old, and they would have to negotiate a reduced figure with the Italian side in order to agree a deal.

If Inter refuse to budge, Barcelona will have to look elsewhere for reinforcements on the right side of defence.

READ ALSO:  Barcelona have deal with Arsenal to delay announcement of Aubameyang