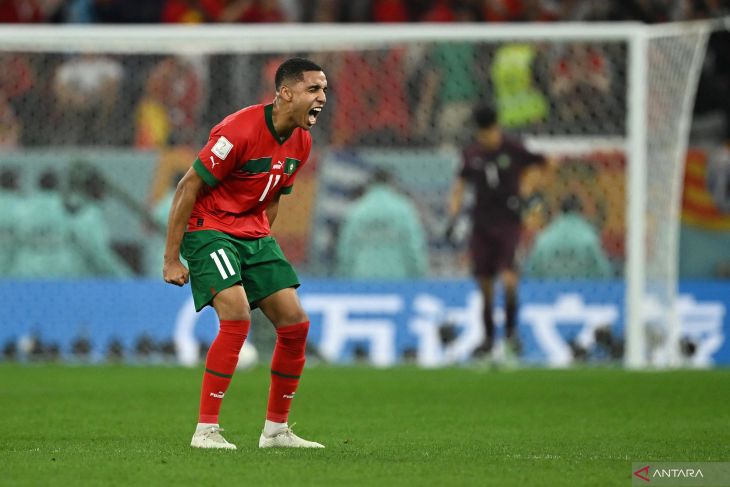 Morocco are into the semi-finals of the World Cup after defeating Portugal 1-0 in Qatar.

They had already beaten Belgium and Spain on their way to the quarter-finals, and they have now added Cristiano Ronaldo’s Portuguese side to that list.

With this victory, Morocco have become the first African team in history to reach the semi-finals of the World Cup. Sides had come close in the past, including Ghana who were controversial knocked out by Uruguay in 2010, but it was the Moroccans that did it.

Like against Spain, it was a defensive masterclass. Sevilla’s Bono made crucial saves, none bigger than an acrobatic stop for Atletico Madrid’s Joao Felix. Real Valladolid’s Jawad El Yamiq, who was making his first start of the tournament, was a colossus. Alongside Romain Saiss, he kept Goncalo Ramos, Portugal’s hero of the last 16, quiet and Ronaldo too when he came on.

Morocco’s reward for their dispatching of Portugal will be another European side. They will take on either France or England, who face off in Saturday’s second match, in the second semi-final on Wednesday.