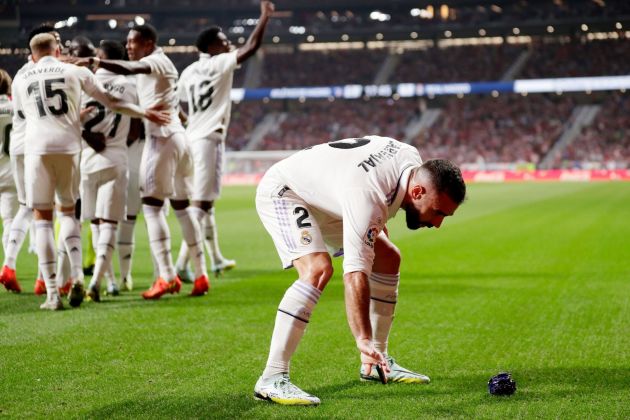 It’s fair to say that Real Madrid defender Dani Carvajal did not have a great World Cup for Spain.

He played in only two of La Roja’s four matches in Qatar, the defeat to Japan and the draw against Germany. In those matches, he put in poor performances which led to Luis Enrique opting for Atletico Madrid’s Marcos Llorente against Morocco, which turned out to be Spain’s final match.

Fichajes have stated that Real Madrid have been worried by Carvajal’s national team form. The media outlet state that the club feel that his levels have dropped over the past couple of years, which has led to doubts about whether he is good enough to be a starter at the club.

As much, Fichajes also say that his Spain performances have led to the club looking at alternative players to Carvajal. One that has been touted is Sporting Club de Portugal’s Pedro Porro, who Real Madrid are very keen on, and could make a move for at the end of the season.