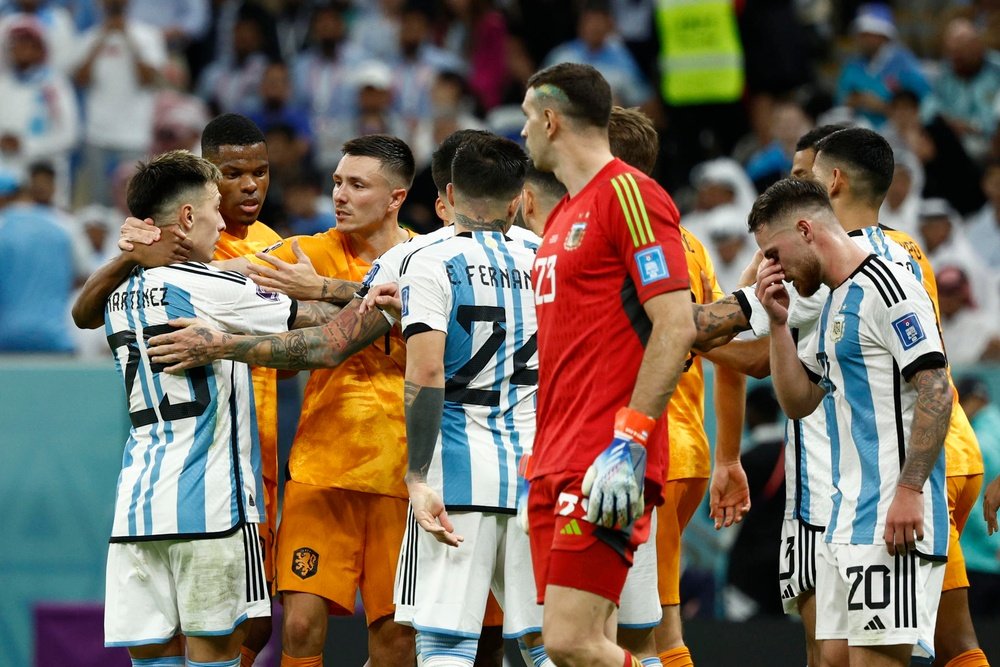 FIFA have today announced that they will be investigating the events that took place during Friday night’s feisty World Cup quarter final between Argentina and the Netherlands.

Eleven yellow cards were shown by referee Antonio Mateu Lahoz, in a match that had a number of key flashpoints. Argentina eventually progressed on penalties after it had finished 2-2 after 120 minutes.

Following the match, FIFA have now announced that they will begin an inquiry into the actions of both teams during the match and the incidents that occurred.

“The FIFA Disciplinary Committee has opened proceedings against the Argentine Football Association for possible breaches of articles 12 (Misconduct of players and officials) and 16 (Order and security in matches) of the FIFA Disciplinary Code during the FIFA World Cup Netherlands vs. Argentina, match that took place on December 9.”

It is unknown whether this investigation will affect any of the Argentina players before their semi final match against Croatia, which is scheduled for Tuesday evening.